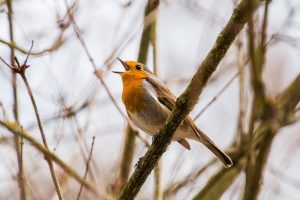 Maggie gazed out at her garden, iced with morning frost. It’ll be a cold one, she thought. Pale sunlight began lightening the sky.

“Alexa play some music,” she said and the cascading strings of Mantovani filled the kitchen. She sighed. She wasn’t in the mood for Mantovani. She’d enjoyed classical music in her middle years, with a husband and two, almost teen, children, but not today.

The haunting tones of Acker Bilk’s clarinet emanated from the device on the granite worktop. She sighed as memories of jazz clubs, stomping, jive, laughter and friends filtered through her mind; the soundtrack to a well lived youth, long gone, but not forgotten.

No, not today, she thought. “Alexa, play some Rock.”

Bill Haley’s Rock around the Clock jolted through her senses, jerking her upright. “Alexa stop,” she yelled. No that wasn’t right either.

“Some 60s music?” Adam Faith’s distinctive vocals brought him sharply into focus. A smile stretched her lips. She’d seen him in concert a lifetime ago. Better, she thought.

Then she tried Country music. That made her sad. Soul, Gospel, Rhythm and Blues were all too intense for today.

The melodic tones of Matt Monro reminded her of a kiss and a cuddle in the back of a parked car on a moonlit night. A Zephyr Zodiac if she recalled rightly. Those were the days, but that wouldn’t do at all. Not today.

“Alexa stop,” she said. She popped two slices of bread into the toaster. The bubbling of water in the kettle and the sizzle of bacon and tomatoes in the frying pan were the only sounds left.

She hummed as she moved quietly around the kitchen. The scrape of butter on toast, the clatter of cutlery and the click of crockery were all she needed. She cut the rind off the bacon and put it back in the pan to crisp up. Then the tinkle of water pouring into the cup as she made her tea.

She crumbled a slice of toast into a dish and added the crunchy bacon rind. Lifting her outdoor coat from its hook a blast of icy air greeted her as she opened the back door. She shivered.

Outside she laid the breadcrumbs and bacon rind on the bird table beside a dish of fresh water. “Good morning Mr Magpie,” she said to a fat black and white bird warbling in the apple tree. “How’s your wife?”

Indoors, in the warmth of the kitchen, she settled down to eat her birthday breakfast alone, or was she? Sitting by the window she watched two robins bickering over her offerings. Their chirping was music to her ears. The whistle of the starling, the cooing of the dove, the trilling of sparrows, the crow’s cawing, the croak of the raven, the screech of the gull, the dawn chorus, this was God’s orchestra, she thought. Who needs anything else?

If you enjoyed this story there are plenty more in my Short Story Collections here.